Old and New Insights on the History of Intelligence and Diplomacy in the Balkans, eds. B. Teodor, J. Baev, M. Crosston, M. Teodor (Peter Lang, 2023) 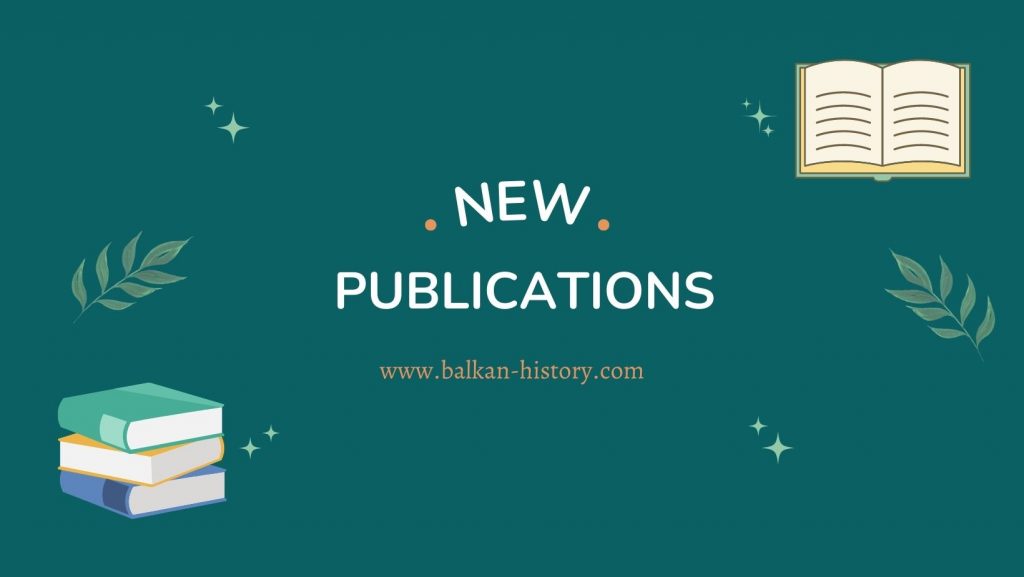 “Old and New Insights on the History of Intelligence and Diplomacy in the Balkans” is the first volume in the series South-East European History, edited by Mihai Dragnea and published by Peter Lang in 2023 on behalf of the Balkan History Association (BHA). The volume was edited by Bogdan Teodor, Jordan Baev, Matthew Crosston, and Mihaela Teodor and is a BHA project. Two editors (B. Teodor and M. Teodor) and three authors (Maja Perić – Faculty of Humanities and Social Sciences, University of Zagreb; Tsvetelina Tsvetkova – Center for Balkan and Black Sea Studies, Yıldız Technical University, Istanbul; Milan Sovilj – Institute of History, Czech Academy of Sciences) are BHA members. The volume brings together twelve experts from nine countries, exploring intelligence and diplomatic activities, both historical and contemporary, in the Balkans. It covers a wide range of periods and different historical conditions. The diverse contributions are united by a common theme: the intimate relationship between diplomacy and intelligence.

Introduction: The Connection between Intelligence and Diplomacy from a Regional Perspective

PART I Diplomacy and Intelligence in the Balkans: Cultural and Human Factors

Chapter 1 The Venetian Dragomans of Zara. A Proposal for Research of Diplomatic Sources from the State Archives of Zadar (Maja Perić)

PART II The Balkans: The “Shades” of Intelligence and Diplomatic Activities

Chapter 10 Warm Friendship in the Cold War? The Development of Diplomatic Relations between Switzerland and Albania since 1970 (Franziska Anna Zaugg, Samantha Guzman)

Chapter 11 “Weapons for the Republic of Macedonia”: Intelligence at the Center of a War between State Institutions (Krasimira Todorova)

“A volume of notable originality, both in respect of its disciplinary contribution to the history of intelligence and diplomacy, but also in its geographical focus. As is demonstrated admirably in this collection of papers, the Balkans have been down the centuries and remain an area of competing strategic interests.” — Dennis Deletant, Emeritus Professor, School of Slavonic and East European Studies, University College London

“This is a fascinating volume that offers fresh perspectives on diplomacy and intelligence in the Balkans from the early modern to the contemporary period. The editors are to be commended for having approached this historical European fault line from the perspective of the Balkan countries themselves and other lesser powers, rather than that of Europe’s traditional major powers. They have also succeeded in bringing together a diverse group of emerging scholars, who study diplomacy and intelligence from both ‘above’ and ‘below’ and, in doing so, have relied on hitherto largely untapped sources.” — Marco Wyss, Reader in International History and Security, Lancaster University