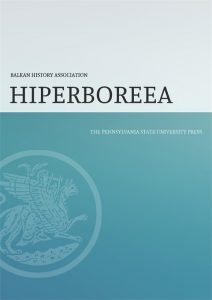 Hiperboreea (ISSN 2688-8211; E-ISSN 2284-5666) is the official journal of the Balkan History Association. The journal focuses on the study of Southeastern Europe, broadly defined as the states situated in the Balkan region. Without limiting its scope a specific historical period or approach, the journal covers a wide range of topics, such as Cultural History, Political History, Military History, Social History, Economic History and Archaeology, and encourages work on any historical period and interdisciplinary background. From 2020, Hiperboreea is published by the Penn State University Press, and all electronic issues are available on JSTOR and Scholarly Publishing Collective. 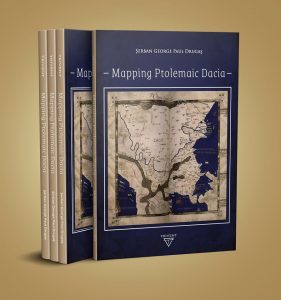 In his book entitled Mapping Ptolemaic Dacia, published by our partner Trivent, our member Şerban George Paul Drugaş conceived a general formula for mapping Dacia based on the information found in the two oldest sources he used. Furthermore, he determined local patterns with the help of the other sources – therefore, defining locations resulted in a better determination of the surrounding relative positions. This information, as well as the correlation of the Ptolemaic locations with archaeological findings, provides an increased recognition of Ptolemaic Dacia, while also contributing to exposing the Ptolemaic universal map. 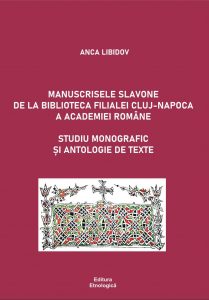 The Slavonic Manuscripts from the Library of the Cluj-Napoca Branch of the Romanian Academy: Monographic Study and Anthology of Texts by Anca Libidov (Etnologică) is intended to be an interdisciplinary monograph (in Romanian) that addresses Slavonic manuscripts from the Romanian Academy Library in Cluj-Napoca emphasizing several observations, overcoming the simplistic approach of previous studies undertaken by other researchers. The Slavonic collection within the Library mentioned above, includes a number of 37 manuscripts, mostly religious – canonical and liturgical books – belonging to an era in which Slavonic was present both in royal chancelleries and in Romanian churches and monasteries.

“The Romance-Speaking Balkans: Language and the Politics of Identity”, eds. Annemarie Sorescu-Marinković, Mihai Dragnea, Thede Kahl, Blagovest Njagulov, Donald L. Dyer, and Angelo Costanzo (Leiden: Brill, 2021). This volume is the result of a project started by the Balkan History Association (BHA), and brings together scholars trained in social sciences and humanities to offer the reader a thorough sociolinguistic and anthropological account of this region. It constitutes a contribution to a reformulation of methodological and analytical issues, providing a better insight in the linguistic and geopolitical processes taking place in the Balkan region. The relationship between language and identity is a complex topic everywhere in the world, but maybe it is even more crucial for those people living in the Balkans who speak a Romance variety.

“The Religious World of Quintus Aurelius Symmachus” written by our member, Jill Mitchell examines the religious life of one of the last pagan senators of Rome, dates c. 340-402, who lived in a tumultuous time during the Late Antique period of the Roman Empire, dying just a few years before the Western Empire began to break up. Symmachus could not have imagined the political reality developing so soon after his death, so he is important as a late example of the old Roman Western aristocracy, as well as one of the last pagans of Rome. He was regarded as the foremost orator of his time and was a prolific letter-writer who had correspondents in high places and throughout the Empire. He also filled the posts of Urban Prefect of Rome and Consul – and was the opponent of Bishop Ambrose of Milan during the so-called 384 CE “Altar of Victory Dispute,” which was one episode of many leading to the “ triumph” of Christianity over traditional Roman polytheism. Symmachus’ cache of 900 private letters and his official despatches while Urban Prefect have provided the raw material for this book.

The book “The Rhetoric of the Cyprus Problem: Idealism, Nationalism, Realism“, written by our member, Iakovos Menelaou is not another history of the Cyprus problem. It is an analysis of the forces and policies which led to the traumatic experience of 1974 and the geographical separation of the two largest Cypriot communities (the Greek Cypriots and the Turkish Cypriots). Also, it is an analysis of those forces which keep the island divided. Why is Cyprus a divided island? What led to this division? What forces keep the two communities apart? Why was the Annan Plan rejected? How important is the role of the “motherlands”? Are there any geostrategic interests? Why is Cyprus important in the geopolitics of the Eastern Mediterranean? This book deals with these and other questions, and the analysis is based on declassified documents and other primary material.

“Old and New Insights on the History of Intelligence and Diplomacy in the Balkans” is the first volume in the series South-East European History, edited by Mihai Dragnea and published by Peter Lang on behalf of the Balkan History Association (BHA). The volume was edited by Bogdan Teodor, Jordan Baev, Matthew Crosston, and Mihaela Teodor and is a BHA project. Two editors (B. Teodor and M. Teodor) and three authors (Maja Perić, Tsvetelina Tsvetkova, Milan Sovilj) are members of the association. The volume brings together twelve experts from nine countries, exploring intelligence and diplomatic activities, both historical and contemporary, in the Balkans. It covers a wide range of periods and different historical conditions. The diverse contributions are united by a common theme: the intimate relationship between diplomacy and intelligence.