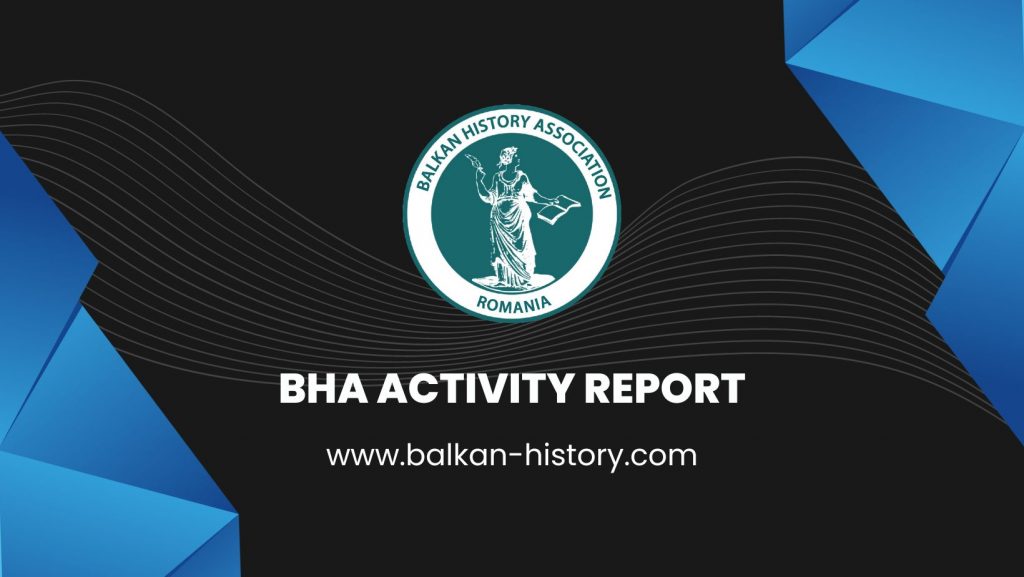 Considering the purpose and objectives of the Balkan History Association (Bylaws, Ch. II, Art. 5. and Ch. III, Art. 6), focused on developing, promoting, and publishing interdisciplinary research (works) in the field and sub-disciplines of the history and culture in the Balkan region; collaboration with pre-university, higher education and academic institutions; organization of the scientific meetings; collecting books for a library; providing methodological consultations in the field of research, academic exchange, etc., the following activities were carried out during the year of 2021:

Old and New Insights on the History of Intelligence and Diplomacy in the Balkans, ed. by Bogdan Teodor, Jordan Baev, Matthew Crosston, Mihaela Teodor.

Volumes which are currently edited – 16

The training course which was co-funded by the Erasmus+ Programme of the European Union addressed the needs of both youth and refugees around the world to gain skills and competences like leadership, team-work, critical thinking, along with intercultural competences and problem solving, that will help them fully be included in the European society. The course focused on methods to prevent radicalization and exclusion. The main target group for the course were youth workers and people working with refugees who left the most dangerous war zones around the world. Over 48 participants were selected from countries like Bulgaria, Cyprus, France, Germany, Greece, Italy, Romania, Turkey.

This single-blind peer reviewed series is published on behalf of the Balkan History Association and comprises original, high-quality disciplinary and interdisciplinary comparative study of South-East Europe from ancient to contemporary times. It welcomes submissions in several formats, including monographs, edited volumes, conference proceedings, and short form publications between 30,000 to 50,000 words (Peter Lang Prompts) on various sub-disciplines of history—political, cultural, military, economic, urban, literary, oral, or the history of science communication—art history, history of religions and archaeology.

The Balkan History Association received from partners and collaborators 285 books consisting of monographs, edited volumes, conference proceedings, primary sources, and journals. The collection is currently organized into a library at the Department of Ancient History, Archaeology, and Art History within the Faculty of History, University of Bucharest. A list of publications will be available on the BHA website.