Call for Chapters: Language and the Politics of Identity: the Romance-Speaking Balkans

Language and the Politics of Identity: the Romance-Speaking Balkans aims to investigate the complex relationship between language and identity of the Romance-speaking communities in the Balkans, as well as the cultural and political challenges they have been facing when trying to forge and express their identity over time. Starting from the observation that, among the many symbolic resources available for the cultural production of identity, language is the most flexible and in the same time, emblematic, the book looks into the Romance varieties spoken in the Balkans and the way they influence the identity of their speakers, regardless of how they are called (Romanians, Aromanians, Vlachs, Meglenoromanians, Bayash etc.).

Language is essential for the construction of socio-cultural and socio-political identities. This volume is meant to explore the character of individual and group identities as cultural and political constructions to which the Romance languages are a central element and to follow the ways in which the identity of these communities has been interpreted and performed in the Balkans.

In the twentieth century, the politics of identity has been manifested in different ways, from intellectual debates over the cultural representation of the territory to the utilization of institutional resources for the implementation of cultural policies. Thus, the performance of identity was often visible in the political arena. Many political parties, national movements and other organizations strive to enrich their projects with proposals on issues related to collective identification and loyalty to the national state.

The Balkan History Association welcomes scholars from the humanities and social sciences to submit their proposals for book chapters. They may cover, but are not restricted to, the following topics:

Please submit your proposal, including the title of your manuscript, an abstract of no more than 500 words and a brief bio to annelia22@yahoo.com or mihaidragnea2018@gmail.com. Authors should clearly explain the outline of the chapter and how it fits into the topic of the book. No figures, tables, footnotes, endnotes or any other references should be included in the abstract. Accepted chapters should not exceed 10,000 words, including figures, tables, footnotes and other references. All submitted chapters will be peer reviewed. The revision process will start immediately after the deadline. 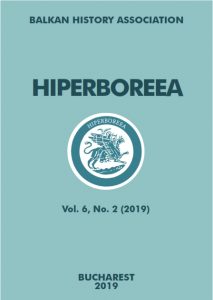